If before 2015 almost all countries (from the countries listes in our analysis, in the image below) were in a negative GDP gap between the potential GDP and actual GDP. Actually some of them are already in positive GDP gap and the rest are almost at full GDP capacity. The estimation for next year (2019) is that almost all of them will reach and overpassed the potential GDP.

This is what concerns more. ¿Is it possible to maintain years on this pace before any recession pops up? 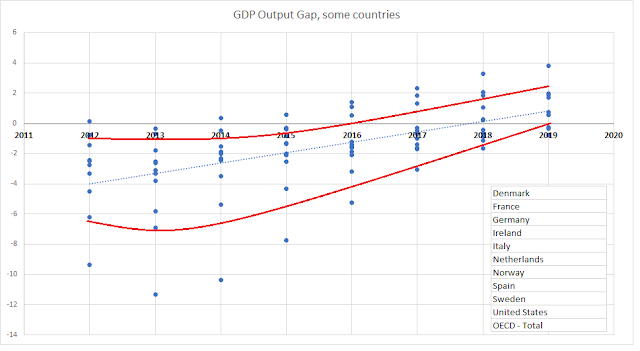 
If we check the OECD countries, this year is pretended to reach our potential GDP and even pass it. The question here will be, how much years could we keep this pace?. Bets are open :) 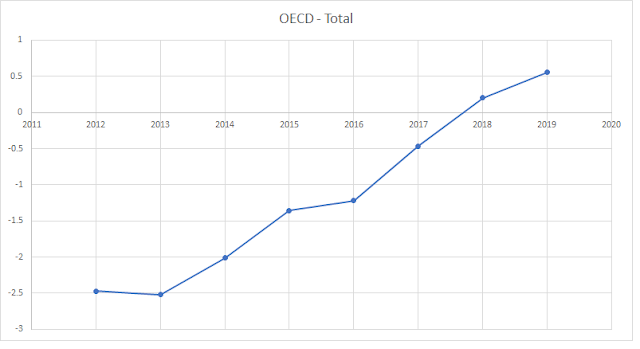 I was thinking US was even higher that OECD, but seems they are "running" at similar pace. The stock market at leats jumps much more in US that in Europe. That`s weird. 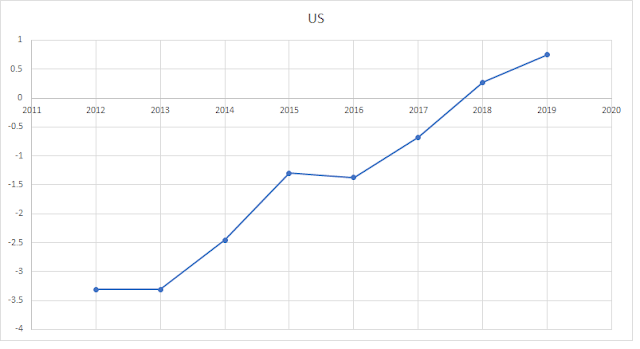 Germany figures are very surprising. Germany remains since 2014 over the potential GDP and no recession yet started. 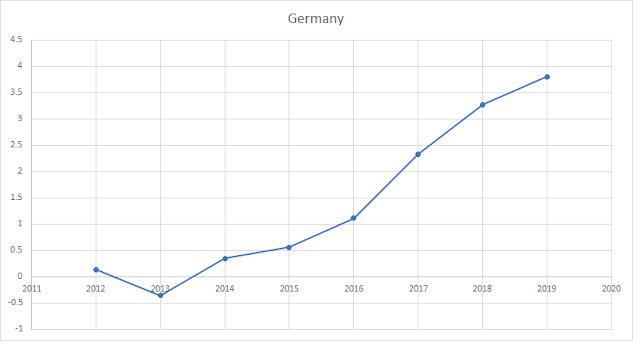 Spain seems that has recovered at a speedy pace 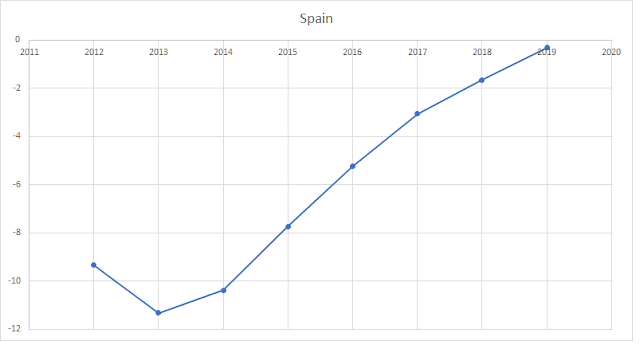