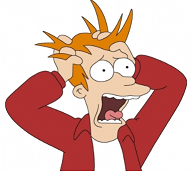 After years of very low interest rates, it generate the perfect storm where very poor business/investments etc are likely to have profits. Why not getting a credit for your business that generates 2% ROI, if the interest is 0,25% (I`m exagerating though with this numbers in order to be more understandable). Now, how many "poor" business have been generated during the super easy money from 2008 period? Who knows

Not all the QE is a bad plan, cause they have generated full employment in U.S. at least (4% unemployment). And the hourly cost of employess are increasing month per month. To be very basic, more employees that earn a little bit more each month/year, means more money in "play" on the system (but is the money allocated into profitable businesses?). Then, houses as expected had increased a lot and the PCE deflator reaches the 2%.

Until here everything sounds perfect. Now let`s add some more variables into the ecuation. Trump administration has started a tax cut (the money which is not collected from taxes, will need to ask from the market, so more debt for U.S.). The interest rates already sky rocketed last year , doubling. The 10 year bond yield reach the 3% already and the 2 year bond yield reaches the 2,52%. I will not discuss in this post the yield flattening

If more money will need to collect from market, it is expected that the yield will go higher. Same buyers (if not less cause the FED already stopped buying and if trade war goes wrong, even China) buying a bigger amount of debt. And then another variable, the inflation is on track and it can only go higher (never down) after 10 year of easy money. So, the bond yield are supposed to increased

If the interest can only stay as today or go higher. All business with credits (most of them) will have their interest payments increased too. And the business that do not generate a big ROI will die. The example given at the beginning, a business with a ROI of 2% will not be able to survive. Why get 2% ROI if you need to pay 3% on interests. This been said, I suppose hard times in terms of unemploymenta are coming to U.S. (although Trump is trying to impose tariffs to repatriate all the work is done out of U.S. and allocate all this people that will lost their jobs into those jobs repatriated).

So, Unemployment can be increased in U.S. in my opinion. I`m not saying will go so bad as 2007 but could risea little bit. Meanwhile the inflation stays contanst or increases due to the big easy money. And here we have the stagflation afterwards.